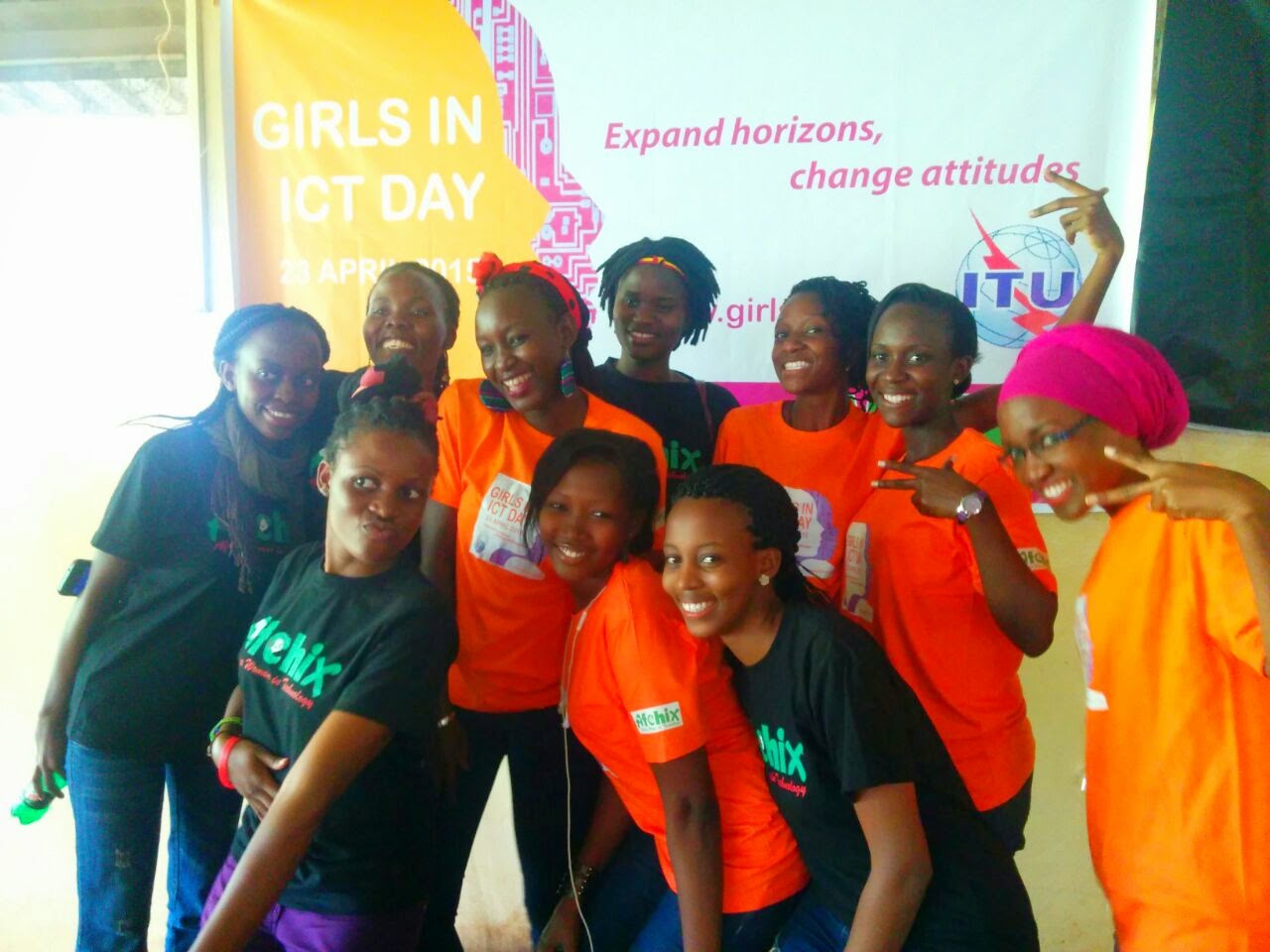 As part of the global movement to celebrate the international girls in ICT day, on Saturday 18th April 2015, AfChix Uganda held a career guidance workshop with girls from Iganga Girls School in the Eastern part of Uganda.

The event was held at the Uganda Institute of Information and Communications Technology. The girls who attended the event were between the ages of 12 and 14. To create an environment in which the girls could easily and freely relate and interact with the speakers, we opted for young techpreneurs and other engineers (below 26) to inspire them with their testimonials about their experiences and startups.

The event started off by giving a brief overview about the Girls in ICT event and why it is celebrated worldwide. There was also a video session, where we showed the girls the recordings of the different Afchix women in tech members talking about themselves (what they studied, what they do in terms of jobs, words of encouragement to upcoming women in tech) and also showing each of them explaining to the girls about a specific career in ICT. This was specifically to motivate the girls and to expose them to the various career options in ICT. We also had a session for questions and answers, a more engaging session, where we had the girls freely ask as many questions as possible. A panel of young Afchix women in tech including System Administrators, Software Engineers,  Network Administrators, Techpreneurs, Website developers were available and answered all the questions raised by the girls.

According to the feedback we received, over 95% of the girls indicated that the most interesting part of the event was the video. They indicated that the video showed young girls who inspired them as they were explaining the various ICT career options, their experiences and achievements. The majority indicated that they had learned of various new careers in ICT that they were not taught in class and that their negative attitude towards ICT changed.  One of the girls wrote “I didn't believe in getting anything good in ICT. I thought the only career in ICT was teaching, but now I believe one can really be special and big in ICT"

A very big thank you to our sponsors: Richard Moon of Dell and supporters of Afchix Uganda.